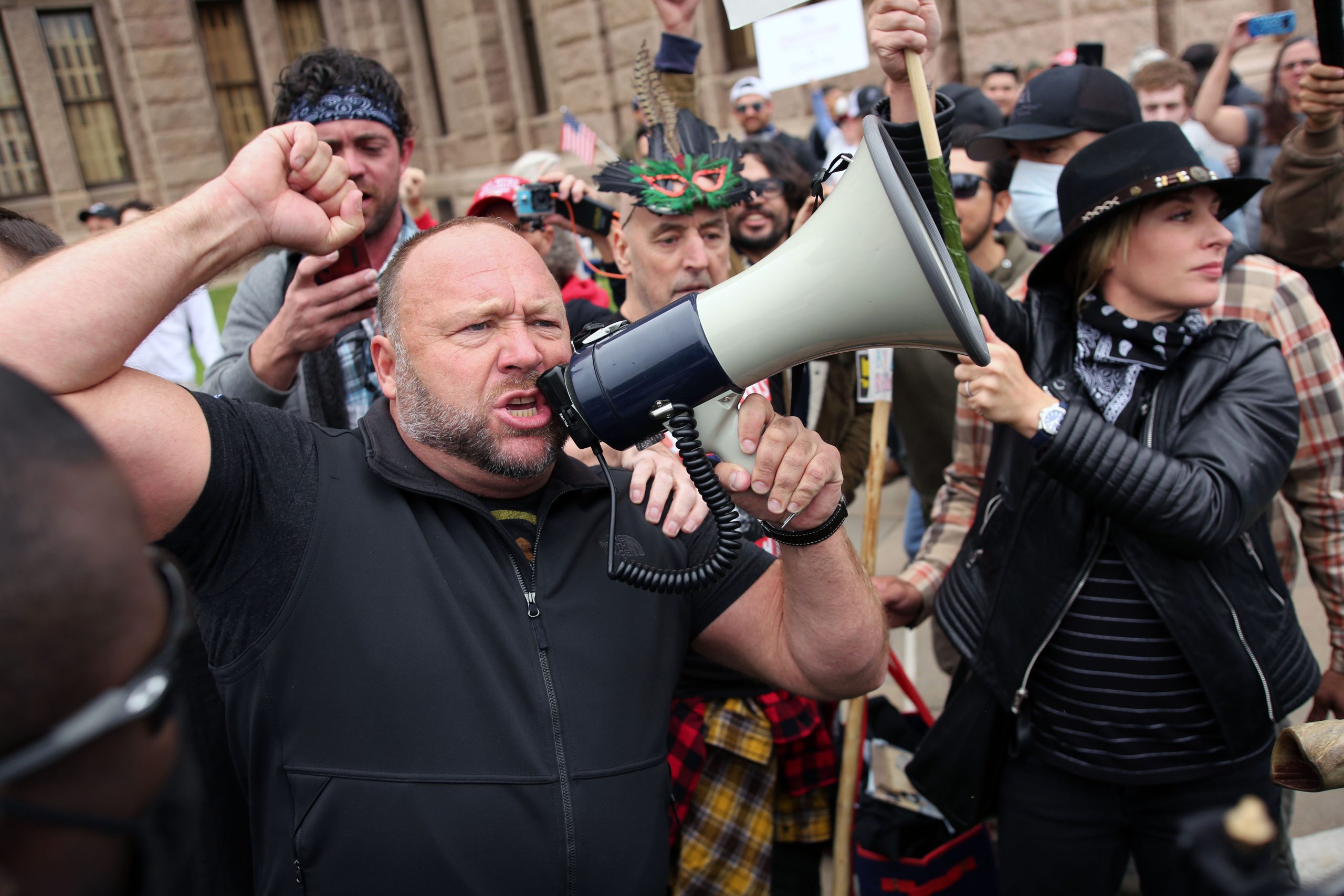 After eight years, there is finally a ruling declared for the unfortunate Sandy Hook Elementary School shooting. The court has ruled against Alex Jones for his comments that had created waves of fury and despair across the world.

On Thursday, the documents with the court’s decision were opened and the contents say that Alex Jones has been slapped with damages.  The radio host will now need to pay the parents of two children who had filed the defamation after their children succumbed to their injuries. The ruling by a Texas judge revealed that a default judgement had been made as Jones had been unsuccessful in furnishing the court with evidence that supported all that he had said about the attack.

Back then, Jones had made some scathing comments on the InfoWars website and his radio show that the attack was “completely fake” as well as a “giant hoax”. He had also accused that parents undermined laws and favored private ownership of guns. He claimed having evidence to back up his comments.

The ruling released by Judge Maya Guerra Gamble of Texas Court stated that Jones had failed to provide evidence for his comments regarding the shooting and parents’ involvement.  As a result of the default, Jones will have to pay damages to the parents. The amount is yet to be decided by a jury.

Huffington Post reported the news of the default judgement ruling first. It reported that was not willing to release documents related to the lawsuit and the judge had been contemptuous against Jones.

The ruling papers documents stated that that Jones and Infowars had shown a “bad faith approach to litigation” and mentioned “Mr. Jones public threats” and Jones’s term “show trials” for the court proceedings.

The host’s attorney refused to comment when HuffPost requested for one. He stated that he was yet to analyze the rulings and was unclear about what would happen next.

The right-wing radio host also has several other lawsuits filed against him by victims’ families. Reports say that Jones had later claimed that did not think that the massacre had been a hoax. However, there was no going back as lawsuits had been filed against him. One follower of his, Lucy Richards, had to serve a prison sentence of five months for making threatening calls and sending emails to Pozner, the parent a victim.

Alex Jones is a friend of former President Donald Trump and Roger Stone. This association with Trump has also triggered some more conspiracy theories.