The White House said Biden will speak about his administration’s commitment to helping the people of Puerto Rico rebuild a “more secure and resilient infrastructure.”

Biden is set to announce $60 million in funding for bolstering levees and flood walls as well as creating a flood warning system in Puerto Rico, a White House official said.

The Bidens also are scheduled to meet with families and community leaders at a school and to thank local and federal officials involved in recovery efforts.

Puerto Rico Governor Pedro Pierluisi said his government and emergency response team would have the opportunity to update Biden on their operations.

Hurricane Fiona struck Puerto Rico on September 18 and knocked out power to the entire island. 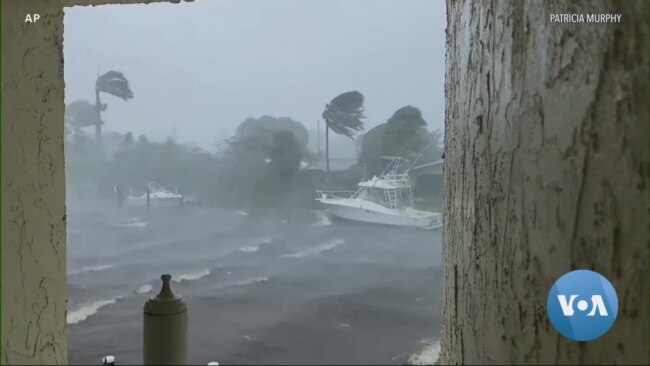 The hardest-hit areas in the western and southern parts of Puerto Rico were still below the utility’s goal of having at least 90% of service restored across the island by October 6.

Puerto Rico has still not completely recovered from Hurricane Maria, a Category 5 storm that struck the island September 18, 2017 — almost exactly five years ago.

Biden is due to travel Wednesday to the southeastern U.S. state of Florida — hit by Hurricane Ian last week.